The seven acres from McCurdy Drive on the north to McCracken Gym on the south will be redeveloped to house all of MMCC’s ministry needs in five key buildings.  A new two-story Program Building will be built near the site of the Elementary Building that will house childcare, After School Care, expanded Pre-K and Camp Stars on the first floor and MMCC offices, family counseling offices, a computer lab and adult education classroom and a new small business support center on the second floor.  Bachman Hall will become the Retreat Center and will be remodeled to house 56 persons in retreat rooms.  An industrial kitchen and large dining/gathering space will be added to the building. The Bus Barn will be moved from behind the current Retreat Center to behind the new Retreat Center and will be rehabbed to become the new Maintenance Building.  The portables remain and will continue as the headquarters for Project Cariño.

An event plaza and prayer garden will be added and the landscaping will be improved. In a future phase, the chapel/art center and McCracken Gym will be made handicapped accessible and updated. To make room for a more open and flexible campus Blake, Herrick, the Library Annex, the Elementary School, the Kindergarten House and the Maintenance Buildings will all be demolished.

This plan will “right-size” the McCurdy campus, include solar installations making energy efficiency a reality and will mean less McCurdy funds will go to insurance, utilities and maintenance and more will go to fund ministry.

It has been decades since a new subdivision was developed in Española. In Santa Fe County the average home price has soared to over $560,000 making it impossible for teachers, nurses, police, fire and EMS personnel to buy homes. McCurdy Ministries Community Center is developing a partnership with Homewise (a nonprofit home developer) to create approximately 73 single-family homes, a park and perimeter walking trails between La Joya on the north, McCurdy Drive on the south, McCurdy Road on the east and Camino Arbolera on the west that will be affordable for working families to purchase.

Phase 3:  MMCC is exploring the development of office space on the southern end of campus which will mean a large increase in good jobs in Española.

There is great need for telecommuting office space in Española. MMCC and our Public/Private Partnership are working to bring together local, state and federal resources to develop an office building south of McCracken Gym.  McCurdy would be a part owner in this building and a percentage of the building rents would help fund our ministries for years to come. To accomplish this goal all buildings south of McCracken would be demolished and a new two to three story building with a footprint no larger than Cole High School would be built.

This December McCurdy Ministries Community Center has applied for an Environmental Protection Agency Cleanup Grant to remediate asbestos, lead paint and mold from several buildings that are past their useful life

The public is cordially invited to give input on the MMCC application at a Public Meeting being held by Zoom.

McCurdy Schools of Northern New Mexico using the trade name McCurdy Ministries Community Center, located at 362A S. McCurdy Road in Española, is holding a Public Meeting at 6 PM, Thursday, Nov. 18, by Zoom to discuss McCurdy Ministries’ application for an Environmental Protection Agency Cleanup Grant to fund remediation of lead paint, mold and asbestos in nine buildings. To receive a link to the Zoom meeting please call 505-753-7221, ext. 210, Monday through Friday from 7:30 AM to noon and 1 PM to 4:30 PM or email eromero@mccurdy.org. McCurdy officials will also share a broad overview on their planned revision of the McCurdy campus master plan and future plans for programming and ministry. 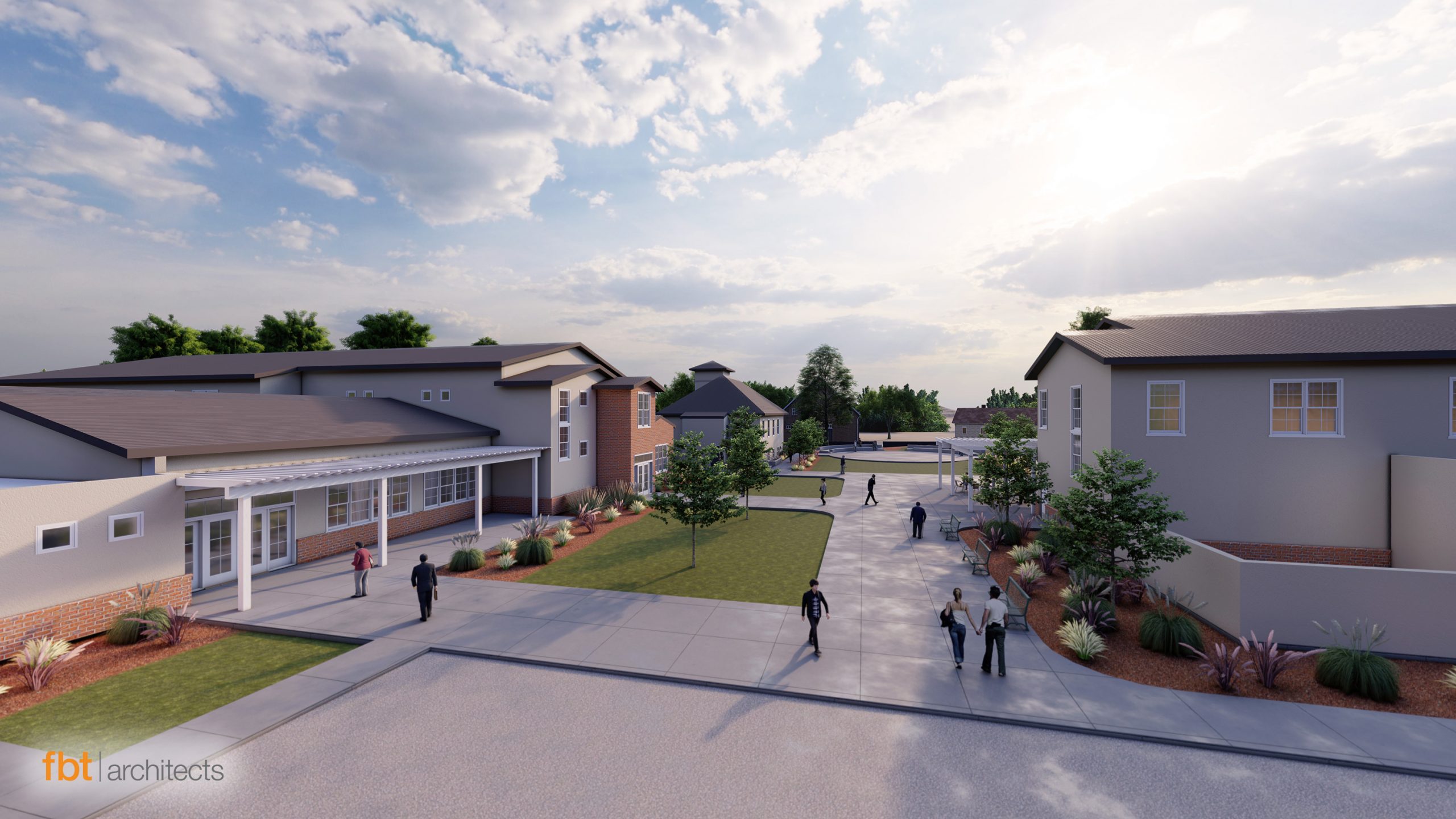 Architectural rendering of the updated McCurdy campus provided by FBT Architects. Pictured to the left is the new Program Building, behind the Program Building is the historic Chapel, and to the right is the update Bachman Building which will become the new Retreat Center.

McCurdy Schools of Northern New Mexico is a registered non-profit organization. The corporation also does business as McCurdy Ministries